The Janitor may not be the most exciting of jobs, but it is very important for the long term health of a server. A Janitor must have a back of steel and and an empty backpack to prepare for keeping the township from becoming a garbage dump. It is the Janitor's job to not only pick up the junk strewn across town, but to also keep the many buildings in town well stocked and running smoothly. Janitors might not seem very significant, but there would be a drastic difference in the state of the town if they weren't there.

Types of junk and how to deal with them

There are many items that you will find commonly strewn across the ground. Here are the most common ones and how to deal with them:

Bones are usually thrown on the ground after a player eats a Spriggull Drumstick.

Best way to deal with them is to eat them. It takes a while, but they can be deleted from the world in this way. If there is too many to reasonably eat, find a single dock around town to keep them out of the way.

Feathers will be dropped from any defeated Spriggull.

They cannot be disposed of, so they should be stored either in the Carpenter's shop or the Blacksmiths's forge. 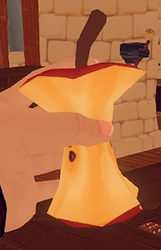 Apple cores will be found throughout the world wherever someone eats an Apple.

The best way to deal with apple cores is to burn them or destroy them with a Weapon.

Branches will usually be found in either the Wooded Valley or the Dust Bowl whenever a player chops down a tree and only takes the Wood, or just randomly strewn around town.

The best way to deal with them is to take an Axe and chop them into Sticks, and then either burn them or place them in the building around town to use as Fuel. 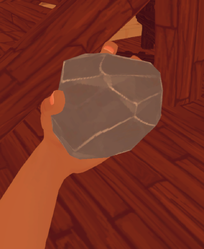 Stones will usually be found everywhere in the Mines and Quarry whenever a player mines an Ore Vein or slays a Turabada.

They cannot be disposed of, but they can at least be put into storage in the village to keep them from slowing down the server. Or can be left in a chest such as in the mine since anything in the chest gets deleted once the chest resets.

There are plenty of other jobs for a janitor to do other than picking up other player's garbage.

One thing to do is to make sure that there are Torches in the many Torch Docks around the village and that these torches are lit during the night. In the current version, it is possible to make docked torches stay lit for much longer through the use of a Dry Grass Ball by lighting the torch, and then adding the grass after waiting for around 20 seconds. This will cause the grass ball to be lit by the torch, but also cause to torch to be lit by the grass ball once it goes out. 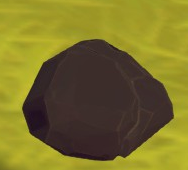 Another thing to do is to make sure that there is fuel in the Smelter, the many Lanterns that light up the buildings in the village, and in the Tavern for the Cooks.

A janitor should be ready at any time to run an errand for one of the other professions, such as bringing food to the miners or delivering a handle to the blacksmith.

The greatest task for a janitor is to organize the many shelves and chests around the various buildings of the village. Making sure items are easy to find, consolidated, and available to the players who need them is a massive task that will never be fully complete.

Retrieved from "https://townshiptale.wiki.gg/index.php?title=Janitor&oldid=1571"
Category:
Cookies help us deliver our services. By using our services, you agree to our use of cookies.